If there was an injured or hurt animal on the side of the road, what would be your first course of action? Call 911? Or maybe call Animal Control? It’s something that not many of us thankfully have to witness, yet it is still a widespread occurrence.

Patrick Hennessy, a citizen of Florida, was on the way to work at 4:30 am when he saw two pit bulls near the side of the road, with one of them appearing to be injured. He chose to call 911, and a good thing for both of the dogs, two sheriffs came to save the day. 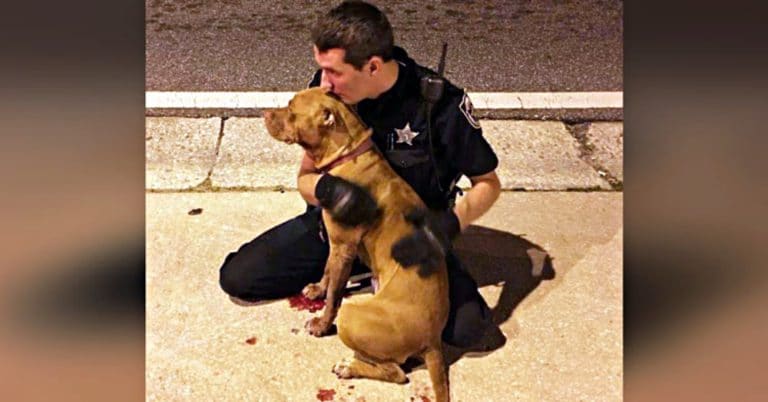 Officer Boggs and Reed got to the scene where they saw the pit bulls. One of them was seriously injured, while her companion stayed by her side, not wanting to leave her alone. The officers, after some time, were able to warm the pups up to them and got them off the road.

It seems that the dog that was injured was struck by a car and had a big tear in her leg. Patrick and the officer joined forces to bandage the injured dog’s leg, and then they fed both of them snacks. That got the dogs to move on from just “warmed up” to being best buds. 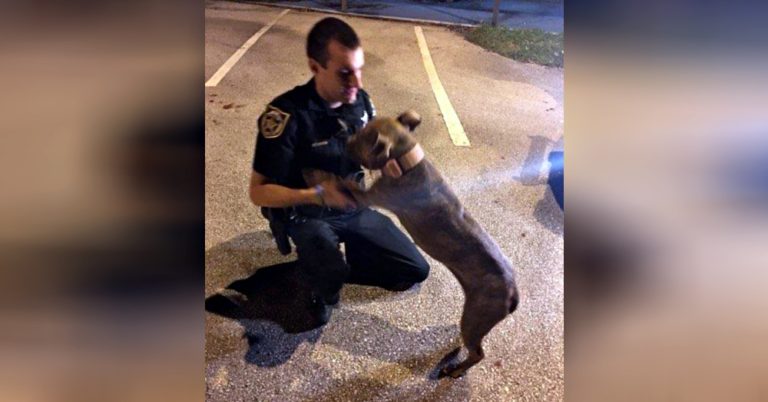 Both officers never left the dogs until Animal Services got there. They made sure that the dogs would be safe and that they would be adequately taken care of.

After some TLC and rest, the dog that was injured was already back on her feet, and the officers paid her and her friend a visit. The moment that they arrived, both dogs remembered the ones that saved them that one morning.

People from almost everywhere commended the officers for what they did and the kindness that they had for the dogs. Boggs and Reed were just happy to help the dogs that were in need and see that they got a happy ending. 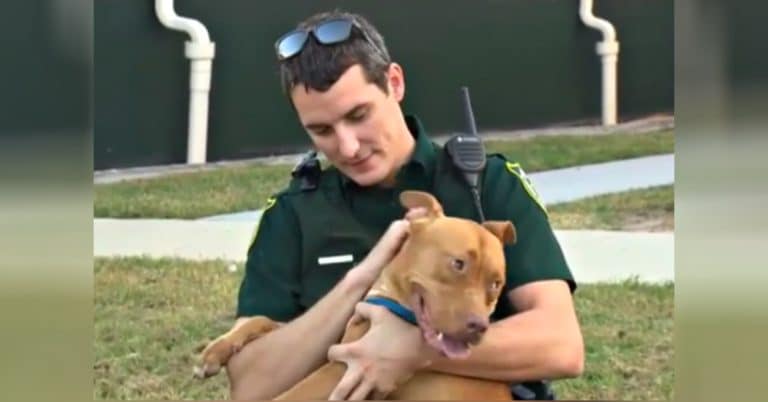 Watch the officer reunite with both the pit bulls that they helped in the video down below.

Deputies check up on Liberty and Justice

"PUPDATE"!!!!It was one week ago, Deputy Reed and Deputy Boggs helped calm and comfort two very sweet, scared pit bulls (one injured) that were found wandering in a dangerous high-traffic intersection. The dogs were taken to Orange County Animal Services where they were promptly named Liberty and Justice and are now up for adoption. Here's a short video from Animal Services of our Sector 4 deputies checking up on the pups, who are full of personality. We want Justice (A362290) and Liberty (A362289) to find a forever home. Hopefully together. Please adopt them.The deputies are spoken for :)Please go to this link: www.ocnetpets.com for more information on Liberty and Justice.